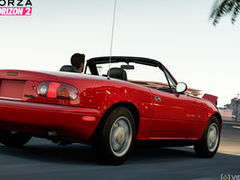 The DLC will be available for free to all Xbox One players. An Xbox 360 release has not been announced.

The free car pack rolls out one week ahead of Forza Horizon 2 Presents Fast & Furious, a free standalone expansion themed around the hit movie series that introduces a variety of new cars and missions.