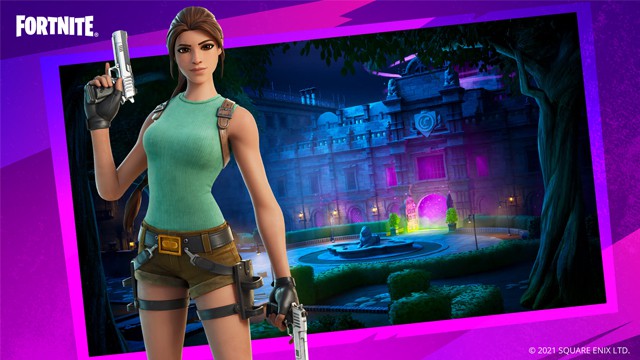 Battle Royale shooter Fortnite is contnuing its partnership with Tomb Raider as part of its latest Season by launching an exclusive Mystery of Croft Manor experience that features a mini-mission inside a Fortnite-ified version of Lara Croft's famous home.

Available now as a featured map in Fortnite Creative, players can squad up to explore the new location and uncover its mysteries within. The matchmaking hub also features a bunch of other games from the recent Puzzles and Platformers callout created by members of the Fallout Creative community for you to get stuck into too.

Completing the main Mystery of Croft Manor mission beftween now and March 31 will unlock an exclusive spray in Fortnite's Battle Royale mode for you and your squad. The Manor will be a featured playlist tile until March 30 at which point you'll have to use the code 0116-9392-3142.

Fortnite Chapter 2: Season 6 – Primal launched last week, with Lara Croft just one of the characters you can pick up in the game's latest battle pass. Check out a short trailer for the Mystery of Croft Manor experience below.