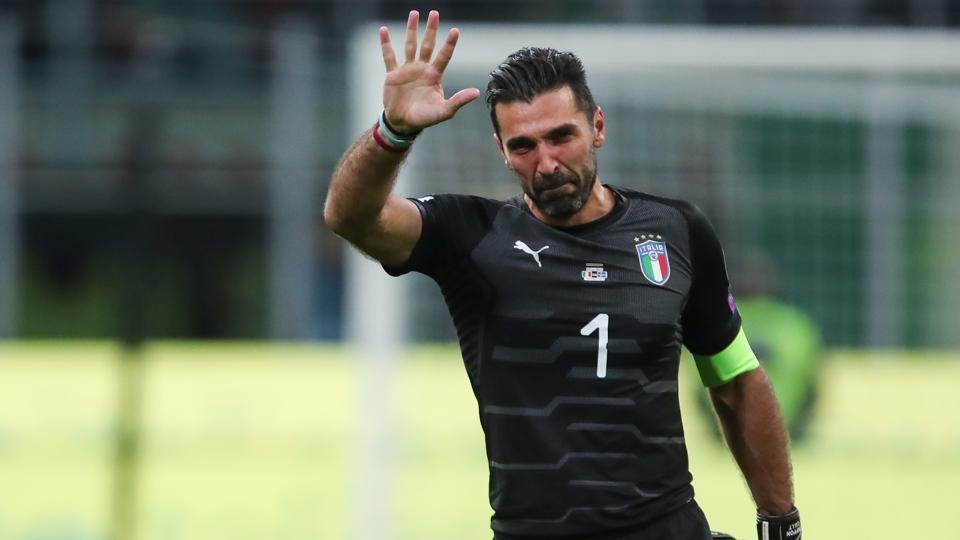 Italy's Gianluigi Buffon is regarded as one of the most accomplished goalkeepers of all time, has won numerous awards including the inaugural FIFA Best Goalkeeper gong and boasts 176 international caps to his name. As such, it's pretty logical as to where Gigi's headed next, right?

Yep, he's a playable commander in World of Tanks, innit!

The popular Wargaming title will see Buffon usher in the new Italian tank legion, which comes with the all-new auto reloader tool. Not only that, but Gigi will also be available as a recruitable captain by players. There's 11 new tanks up for grabs in total, ranging from lightly-armoured vehicles, medium hitters, and top-level futuristic beasts that pack a huge punch and boast a ton of armour to boot.

The higher ranks is also where you'll be able to get your mitts on the new auto reloader feature, where you'll have the option of either charging in guns blazing before taking cover, or keeping your head down and taking potshots wherever possible to conserve ammunition.

Despite World of Tanks and Buffon having as much in common as, well, a game about tanks and a footballer, the whole teamwork aspect is apparently the reason why this oddball collaboration is happening.

'There’re always new challenges ready to knock you down, but your teammates are here to back you up. And having a few tanks at your command makes life a little easier,' gushed Gigi. 'If you think you’re up for it, then join me in World of Tanks!'

The new Italian lineup is available in World of Tanks from today on PC. You can watch a trailer below, although to be honest even after looking at it a few times this whole thing still makes no bloody sense whatsoever. Still, at least Gigi's having a blast — look at that grin!