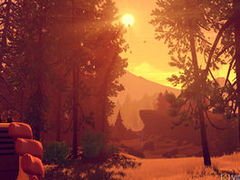 Firewatch Xbox One version hit by short delay in Europe

Firewatch had meant to be available worldwide on Xbox One yesterday, but “some ratings issues” have forced the game back to September 30 in Europe, and the following week in Australia and New Zealand, Campo Santo has announced.

The US launch went ahead as planned.

The new Firewatch Audio Tour should have now rolled out to all platforms, whilst the new Free-Roam mode is out now on Xbox One (where the game has launched) and will appear on other systems “in the coming weeks”.