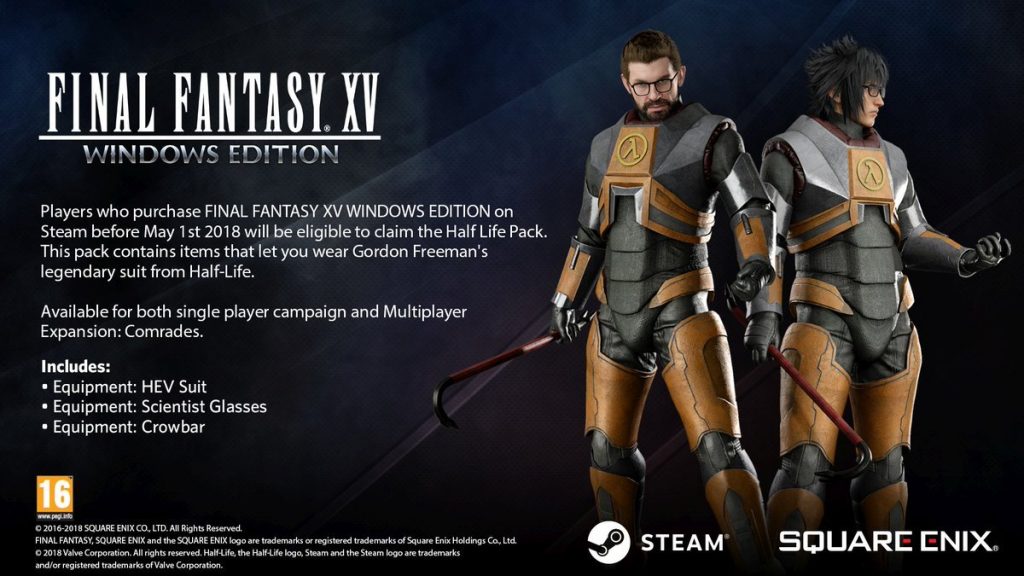 Final Fantasy XV’s upcoming Windows Edition will offer you the chance to get kitted out in the same iconic clobber as Half-Life protagonist, Gordon Freeman.

The Half-Life Pack will be available to anyone who forks out for Final Fantasy XV Windows Edition before May 1. Doing so will allow you to redeem the themed DLC, which includes three key items for Noctis: Freeman’s Hev Suit, Scientist Glasses, and Crowbar.

Freeman’s outfit will be available in both the main campaign and Comrades multiplayer expansion for the acclaimed JRPG, so you can enjoy cosplaying across all corners of the game.

Final Fantasy XV will be released for PC on March 6 alongside the Royal Edition of the game, and comes equipped with all previously released downloadable content. It’s well worth picking up too, as the original release was mighty impressive to say the least (although according to Alice, the car was pretty rubbish).