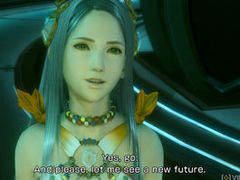 A Final Fantasy XIII-2 demo will be released for Xbox 360 and PlayStation 3 on January 11 in Europe, Square Enix has announced. The demo had previously been confirmed for release in North America for PS3 on January 10.

Information on what content will be included in the demo will be revealed via the Square Enix blog soon.

Final Fantasy XIII-2 is released in Europe on February 3.