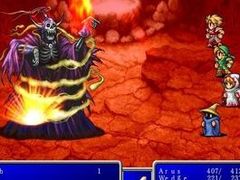 Final Fantasy I and II coming to iPhone

The publisher hasn’t revealed any info on the mobile ports, but screens suggest they will be heavily based on the PSP editions, with redrawn graphics and character art, exclusive all-new dungeons and an updated camera view that gives players a new perspective on the action.

Release dates are to be announced.