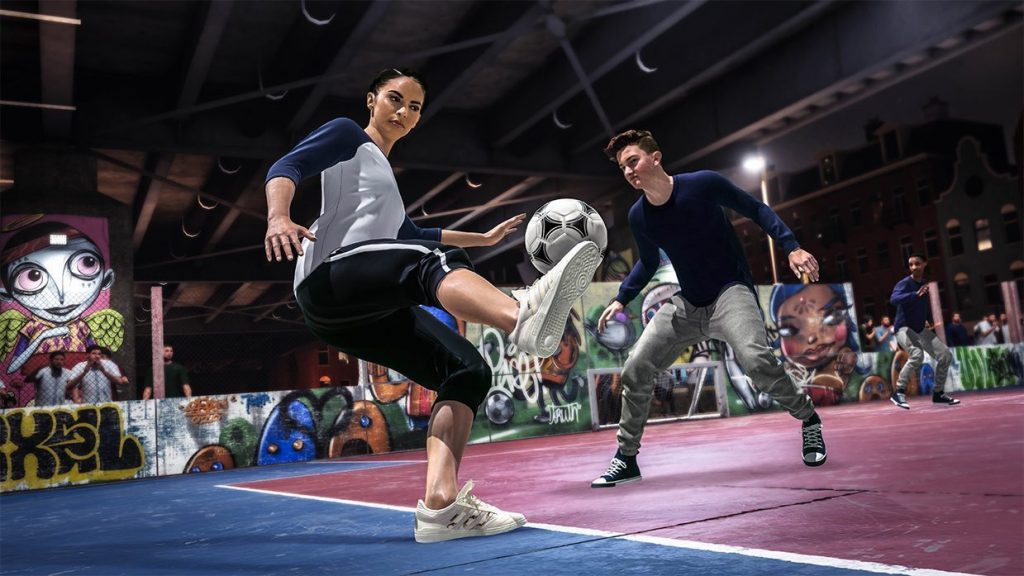 FIFA 20 Volta will be a reimagining of FIFA Street, with a story campaign, online league system, kick-off modes and a PvE experience to excite the core FIFA fanbase and welcome new and casual players (via IGN).

The Volta story mode offers six hours of campaign content, exploring the world of street football and playing against teams in 3v3, 4v4, and 5v5 matches. The player character’s skill and reputation grows over time, but the teammates’ attributes won’t change, so recruiting players from competitors will boost the squad overall.

In an interview with DualShockers, producer Jefferey Antwi outlined what makes it unique compared to their other narratives: ‘The Journey was always meant to be a trilogy, so we crafted a set of characters and we took you through his experience. The main difference here is that you’re creating your character. It’s your character traversing the world of small-sided football, of street football, so that’s one of the key differences.’

Customisation is seriously extensive in Volta. Style is almost as important as skill, and the selection of vanity items are wearable not just by the player character but the whole team too. You can doll the lads up in neon pink shorts if it takes your fancy. Items are earned through Volta coins, which are generated by playing matches and completing challenges. And, as a live service, the selection will be updated every so often with new garb and garments post-launch.

Antwi described Volta World as a ‘PvE experience where the world is populated by user-generated content, user-generated avatars and squads.’ The EA Sports team chatted to Issy ‘Hitman’ Hamdaoui and Ed Van Gils to inform the authenticity of the 11v11 game, so it would take the best things about FIFA Street yet be firmly anchored in the culture of street football.

In the Volta World, players will compete against other teams that are randomly grabbed from the server in arenas across the world. Moreover, tricks are easier and more accessible here than in core FIFA. Skill moves won’t involve intense memorisation of button presses, and pressing in the flick stick will allow players to switch out of ball-juggling with an extra trick to boot. Standard passes will receive flair dependent on the footballer’s skill level, rather than rely on a button.

FIFA 20 launches on September 27 for PlayStation 4, Xbox One, and PC. Watch the Volta gameplay trailer below.