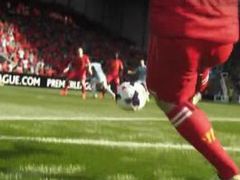 The full trailer will be released next Monday, June 9, which is also when EA is hosting its E3 conference.

FIFA games typically launch at the end of September, meaning it’s likely only four months until FIFA 15 arrives in stores.