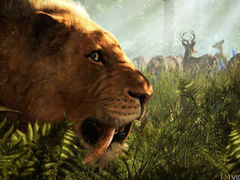 Far Cry Primal will release on PC on March 1, 2016, one week after the game’s debut on PS4 and Xbox One.

The date was confirmed in a new gameplay trailer released last night, alongside the first details on the game’s Deluxe and Collector’s Editions. Ubisoft has yet to detail any PC-specific features for the game.

Far Cry Primal sends players back to 10,000 BC, where they must scavenge for food and supplies to help them survive amongst the wild. You can check out what it looks like in the trailer below.

Far Cry Primal arrives on PS4 and Xbox One on February 23.