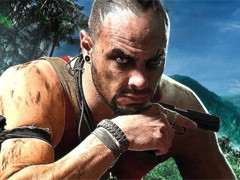 Far Cry 4 will be revealed “soon”, Ubisoft has teased, promising to deliver another entry in the tropical open-world shooter series following stellar sales of Far Cry 3.

“We’re totally psyched from [Far Cry 3],” Ubisoft senior vice president of marketing and sales Tony Key told GameSpot. “It’s a great brand, and now it’s got the recognition it deserves, so we’re clearly going to make another one: more on that soon.”

And Ubisoft has high hopes for the series as its enters the next-generation.

Earlier this year, the publisher revealed that it anticipates Far Cry becoming one of the next-generation’s best-selling IPs alongside new franchise Watch Dogs.