Fans will be 'really happy' with Rare's next game, former dev teases - VideoGamer.com 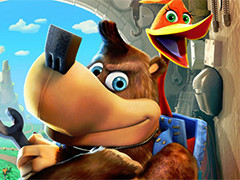 Fans will be ‘really happy’ with Rare’s next game, former dev teases

Rare fans will be “really happy” with the developer’s next game, former employee Gavin Price has told The Guardian.

Price, who left Rare after 20 years last spring to start indie studio Playtonic, told the paper that he knows “what they were working on when I left last year” and that it “sounds really good”.

“I want them to do well,” he said. “They’re mates and we left them behind to come and do this. I’m looking forward to what they’re doing next – people will be really happy to see it.”

Asked whether the game would be a Kinect title, Price replied: “I can’t say for sure what they are or aren’t doing with that piece of hardware that Microsoft isn’t supporting much anymore.”

Price’s comments follow almost 6 months after a tease from Xbox head Phil Spencer, who said that the developer’s next game would be a “uniquely Rare game, as it should be”.

Xbox marketing exec Aaron Greenberg also revealed last month that Rare had multiple unannounced projects currently in development, and that Microsoft’s marketing teams are currently gearing up to unveil them.

Whatever the studio’s working on, though, it isn’t a new Conker.

Playtonic’s first game ‘Project Ukulele’ is due to hit Kickstarter in May. The game is described as a spiritual successor to Rare’s classic 3D platformer Banjo-Kazooie.

The third instalment in the much loved Banjo Kazooie series.

The third instalment in the much loved Banjo Kazooie series.