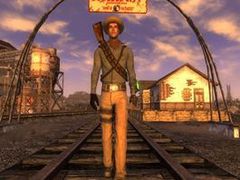 The Fallout: New Vegas Lonesome Road DLC will no longer be released this month, Bethesda has announced.

“We just wanted to drop in here and let you know that due to circumstances beyond our control, Lonesome Road won’t be out this month,” explained a forum post. “This isn’t due to any major issue with the code or content, but there are lots of factors involved in releasing these things, and one of those is causing us to slip past our intended release date.

“We don’t have an exact date yet, but we’re working to get it out as quickly as possible. We’ll be announcing the final date, along with a couple of other interesting FNV-related items in the near future.”

Lonesome Road is the third and final planned DLC release and will bring the courier’s story full circle when you are contacted by the original Courier Six, a man by the name of Ulysses who refused to deliver the Platinum Chip at the start of New Vegas. In his transmission, Ulysses promises the answer as to why, but only if you take one last job – a job that leads you into the depths of the hurricane-swept canyons of the Divide, a landscape torn apart by earthquakes and violent storms.