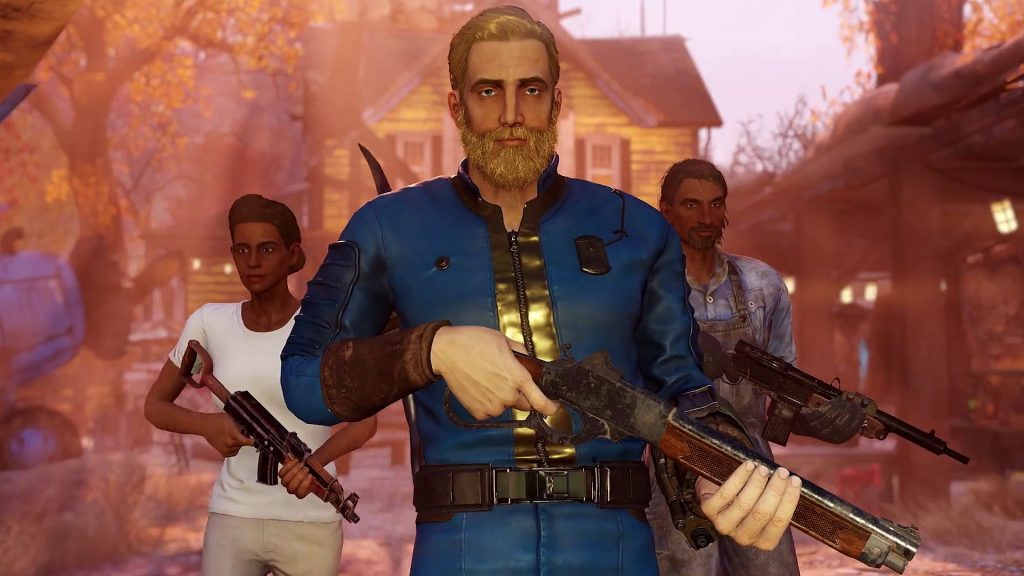 The Wastelanders update for Fallout 76 is getting a private test server for “a few hundred players” to trial on PC, as announced by Bethesda (via VGC).

Wastelanders will bring non-playable characters and branching questlines to the online multiplayer entry in the action-apocalypse role-playing series. The emptiness of the Appalachia valleys was an aspect of criticism when Fallout 76 was released, and the return to a Fallout-3 style of determinant dialogue was met with excitement and enthusiasm from players. Wastelanders was meant to be released in 2019, but Bethesda decided to delay it until early 2020 to “make sure the work we’re doing hits our quality bar, and yours.”

Now, the developer has revealed that its testing session will begin this month, and it wants the players to be the first to break the ice with their new companions. The private test server will let players “try out the new content, provide your feedback, and report the issues you experience” in order to iron out the crinkles before Wastelanders is launched. However, it’s not for everyone. The testing session will be held only on PC, and Bethesda would like “a few hundred players” to take part. “While this means that not everyone who opts-in will be selected, we wanted to ensure that as many of our most active and experienced community members as possible have the chance to opt in for consideration,” the developer said in the announcement post.

Interested parties have until 6.00pm ET on January 14 to sign up for a chance to play Wastelanders, and once again, this is only for PC players. A non-disclosure agreement is involved so players will not be able to “to share, stream, record, or discuss any information from this experience.” Finally, progress in the Wastelanders private test server will not carry on to the live game.

Fallout 76 is available for PC, PS4, and Xbox One.