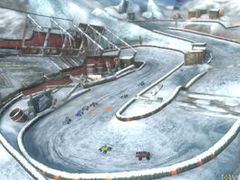 MotorStorm developer Evolution Studios has said it’s in no rush to look into next-gen development as there are “so many” unannounced exclusives in the works at Sony right now.

“There are so many exclusive developers working for Sony right now,” said MotorStorm RC director Paul Rustchynsky in an interview with Official PlayStation Magazine UK, “making really exciting games and I don’t many of those have been announced yet. As proved with the PS2 I don’t think the technological barriers are pushed quite until the past [sic] minute.”

Rustchynsky cites Naughty Dog’s PS3-exclusive The Last of Us as an example of technical advancement. “I think The Last Of Us, when they announced that trailer was all in engine, I think people were wowed by that and rightly so. Those guys are incredibly talented.”

“I think the PS3 has a lot of legs left in it yet. I don’t think people should dismiss it right now,” said Rustchynsky. “

MotorStorm RC will be released on February 22.