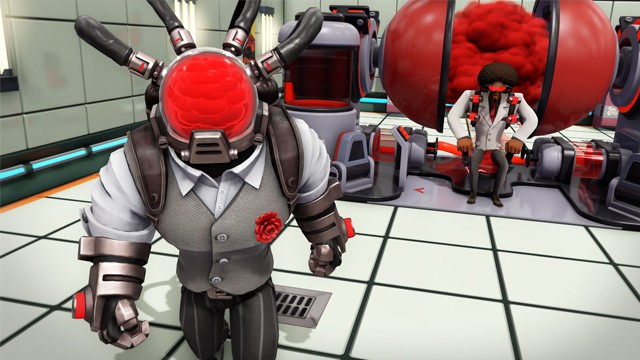 Developer Rebellion has announced that the first major DLC pack for supervillain strategy Evil Genius 2: World Domination is out today, brining along a new henchman, new side story objectives, new equipment and more.

Entitled 'The Cabal Pack', it introduces us to Espectro, a brand new henchman who's head is surrounded in a red mist. Should you defeat him, you'll be able to recruit him and utilise his attacks which include the ability to clone himself. He also arrives with some accompanying story objectives as part of your next campaign.

The Cabal Pack also includes new pieces of Lair Equipment are included such as the Cabal Indoctrination Chamber that allows you to change the appearance of your henchmen and the new R.A.Y.G.U.N. interrogation device.

Rebellion has also given fans an indication of what to expect from future DLC, including a lair items pack, another henchman pack, two minion packs and a campaign packs all of which will be included in the game's Season Pass as and when they launch.