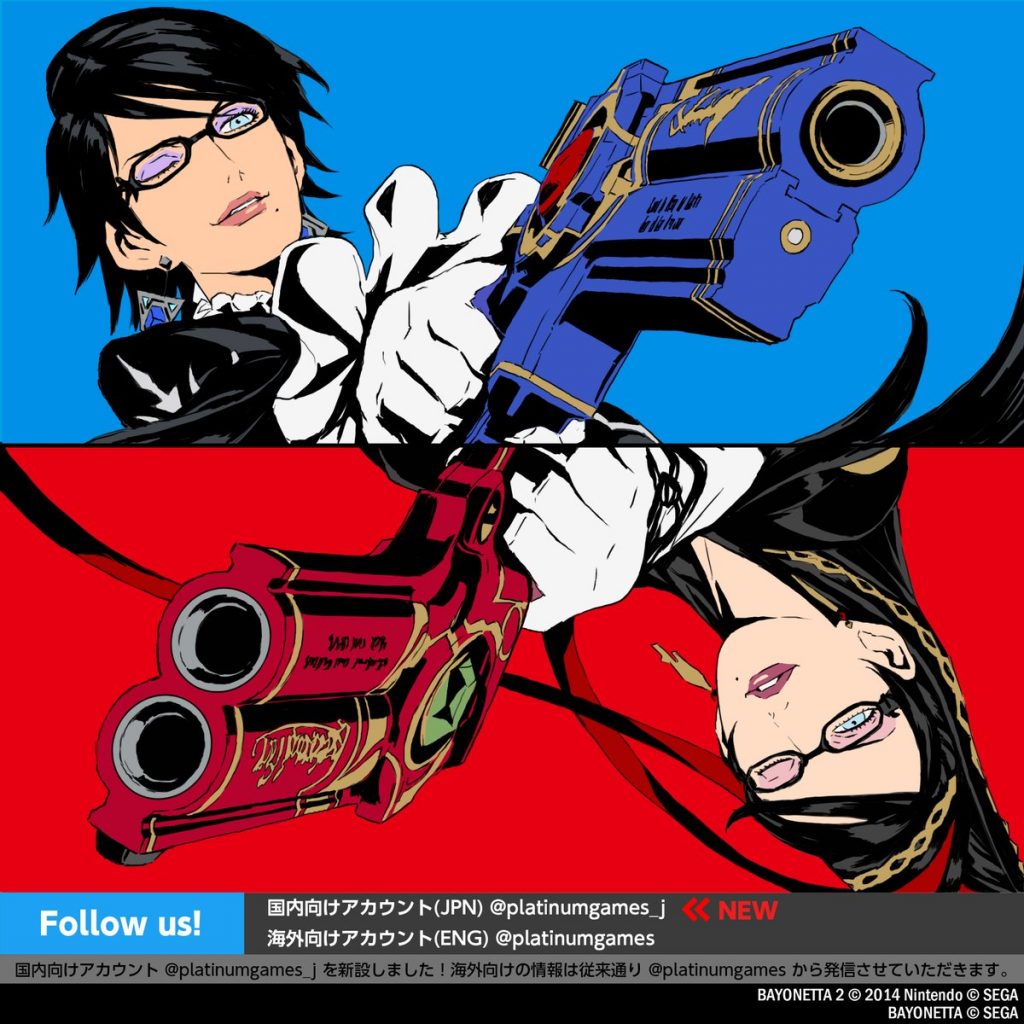 Everyone thinks PlatinumGames is teasing Bayonetta for Nintendo Switch

PlatinumGames seems to be on a bit of a roll today. Not content with opening an official Japanese Twitter account, it’s also tweeted out a blue and red coloured Bayonetta image that has gotten the internet in a right old tizzy over the potential for Bayonetta coming to the Nintendo Switch.

One excited user immediately made the link to the colour of the Nintendo Switch Neon Joy-Cons.

The plot further thickens, however, when it becomes apparent that PlatinumGames is actively liking (or should that be ‘favoriting’?) every tweet that mentions a Switch version.

All of this of course is mere speculation, but it is worth noting that PlatinumGames does have previous when it comes to unsubtle teasers, unveiling a timer and, upon its completion, announcing a port of Bayonetta on the PC earlier this year.

It could also be argued that the blue and red colour is a direct link to the guns’ colour scheme, the same colour scheme that was on the cover of the Nintendo Wii U version, which featured both games in the Bayonetta series.

Right now, it’s unclear exactly what PlatinumGames is alluding to, but there is a lot of interest in this possibility becoming a reality. If this is a means to gaining attention, PlatinumGames have done so in a very effective way.