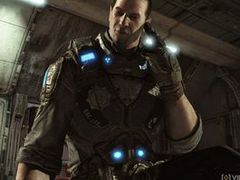 A class A bug preventing players from starting Horde mode with 2 profiles signed in has prompted those afflicted with the problem to take to the Gears of War 3 forums in protest.

The bug, which causes the game to crash in the menu screens when two players try to start a round of Horde, also manages to corrupt one of the profiles, making it impossible to enter any game mode with that profile.

Responding to a thread on the Epic forums, forum rep ‘Rykard’ revealed that the studio is “aware of the problem” and “working every second toward resolving this issue”.

The developer has also posted a questionnaire to help gain more information on the issue, so if you’re experiencing the same problem, click through the link above and help Epic get to work on a solution.

Gears of War 3 launched a few weeks ago and achieved immediate success, shifting over 3 million copies. The Horde Command pack DLC is due November 1.