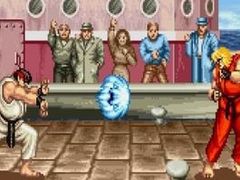 Ed Boon, creator of the hugely popular Mortal Kombat series, has revealed to VideoGamer.com that he tried to make Mortal Kombat vs. Street Fighter but “ran into a road block”.

At Midway’s Gamers Day event in Las Vegas this week, Ed Boon officially unveiled the latest in the series, Mortal Kombat vs. DC Universe, which sees Sub Zero and Scorpion go up against iconic comic book characters Batman and Superman.

However, despite the collaboration with DC Comics being the first of its kind for Mortal Kombat, Ed Boon told VideoGamer.com that he had contacted Street Fighter publisher Capcom in the past to try and get Sub Zero and co facing off against Ryu and Ken.

“We made phone calls,” he said. “But Capcom is in Japan, and with the distance, there’s communication gaps and what not. It just never panned out. It would have been very cool. I’m a fan of the other fighting genres and stuff like that. I just thought it would be a cool novelty to have. But we’re very excited about the DC stuff.”

He added: “I’ve always wanted to cross MK over since about MK4, or something like that. I’m a big fan of all of the other fighting games, Street Fighter, Tekken, what not. I always thought, wouldn’t it be cool to have MK vs. SF and MK vs. Tekken and what not. We pursued some of those ideas to the extent that we could but we always ran into some kind of road block and couldn’t do it.”

You can check out our first-look preview of Mortal Kombat vs. DC Universe, as well as the game’s debut trailer, right here at VideoGamer.com.

Would you have liked to have seen Mortal Kombat vs. Street Fighter? Let us know in the comments section below.