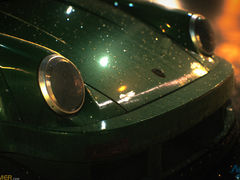 A listing for Need for Speed on the Xbox Games Store has revealed a November 3 release date for EA’s street racing reboot.

Whilst the US listing has been removed, the UK store also lists a release date for that week – although Thursday November 5 doesn’t seem correct as games typically hit on Tuesdays or Fridays.

“Discover the nocturnal open world of urban car culture, driven by 5 unique ways to play and win, in this thrilling reboot of Need for Speed.

“Carve your own unique path, via multiple overlapping stories, gaining reputation on your journey to become the ultimate icon.

“Rich Authentic Customization: Build a car that reflects your character through extensive visual and performance customization.

“Five Ways to Play: Need for Speed returns with 5 unique ways to play, Speed, Style, Build, Crew and Outlaw, enabling you to earn reputation and ultimately win your way.

“West Coast Urban Setting: Discover a nocturnal open world of urban car culture you never knew existed. Ventura Bay is your urban playground; from downtown, the harbour and the canyons, the city comes alive while you sleep.”

The game is being developed on the same version of Frostbite as Star Wars Battlefront for Xbox One, PS4 and PC.