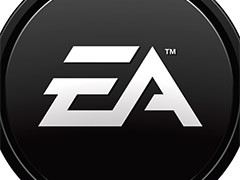 EA has pledged support for Xbox 360 and PlayStation 3 until at least 2017 – four years after next-gen consoles Xbox One and PS4 go on sale, according to a report.

Speaking at the Stifel 2013 Technology Conference yesterday (via GameSpot), EA CFO Blake Jorgensen said that the publisher will continue to release titles for current-generation consoles until 2017 at the earliest.

Titles currently in development at EA for Xbox 360 and PS3 include Battlefield 4, FIFA 14 and this year’s Need For Speed.

The publisher has yet to officially announce any Xbox One/PS4 exclusives, but has said it will discuss its next-gen plans during E3 next month.

Last night, the firms announced that Battlefield 4, FIFA 14, Madden NFL 25, NBA Live 14 and EA Sports UFC would all release on Xbox One and PlayStation 4, and revealed its next-gen sports engine ‘Ignite’.