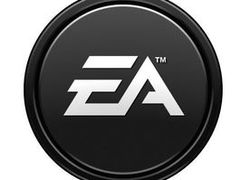 EA to announce new game from Maxis next month

EA will livestream a Game Developers Conference event on March 6, promising an announcement from Maxis, the studio behind Spore, The Sims and SimCity.

The “Game Changer” stream begins in the early hours of March 6 UK time.

The event is also expected to host the reveal for Danger Close’s Medal of Honor 2, first revealed on a slip inside copies of Battlefield 3.