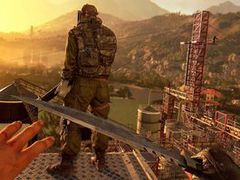 Dying Light has sold 5 million copies; The Following DLC to be 10+ hours long

Techland has revealed brand new details on Dying Light’s upcoming expansion pack ‘The Following’, confirming that the DLC will introduce a brand new campaign and an additional 10+ hours of gameplay.

Completing everything in the DLC may even take some players up to 20 hours, the developer says.

The base game, meanwhile, has already sold over 5 million units since launching on PS4, Xbox One and PC in January, a milestone which Techland describes as a “tremendous success”.

“To be honest, I think even we are a little surprised by the scope of our success,” producer Tymon Smektala told VideoGamer.com at last week’s Gamescom. “We knew that we’d made a good game. If you are a gamer, even if you make games you are still a gamer, so we know the game is good when you feel that rush when you play.

“So we knew that Dying Light is a good game, we know it’s going to be successful, but that successful? We are in the 10 best-selling games in the US right now for the first half of the year, so tremendous success. More than 5 million copies sold.”

Dying Light’s success resulted in Techland halting development on first-person hack & slash Hellraid earlier this spring to focus its resources on the zombie IP. The studio is currently experimenting with ideas for a sequel, which it suggests could be too ambitious for PS4 and Xbox One.

The Following, meanwhile, introduces a huge new rural environment that takes players outside of the game’s city for the first time, along with a new crossbow weapon, SMGs, shotguns and – perhaps most excitingly of all – fully-drivable vehicles.

“An important part of this experience is commandeering all-terrain buggies and enjoying the game’s creative brutality and freedom of movement in high gear,” says Techland. “But drivable vehicles are only one of many new features we’re preparing for The Following. We’re calling it an expansion pack and we take it seriously, so you can expect it to be jam-packed with new quests, mechanics, abilities, weapons, and challenges. The story also unfolds in a way that really helps connect what was happening in Harran to the outside world and will show Kyle Crane in a totally new light to players.”

The Following’s campaign tasks players with infiltrating a cult that has risen to power following the zombie outbreak, and introduces a new mechanic that sees players earning the trust of locals to reveal secrets.

You’ll also be able to upgrade your buggy with bigger fuel tanks, improved handling, mines, spikes, bull bars, UV headlights and additional paintjobs by completing challenges and running over zombies to level up your Driver Rank.

Techland can’t yet guarantee that the map will be compatible with Dying Light’s Be the Zombie multiplayer mode, however, due to its colossal size.

“It’s 10+ hours of gameplay. If you want to maximise it then it’s about 20 hours, maybe even more,” Smektala says. “The thing is, we started smaller but the whole team got so excited that everyone in the studio wanted to leave their mark on the expansion pack. Even when we had level designers that weren’t tied to the project, they wanted to create a quest or mission or anything that could be in the expansion pack. It really sparked the imagination of our guys.”

Dying Light: The Following will cost $14.99 when it goes on sale and will be free to Season Pass holders. A release date has yet to be announced.