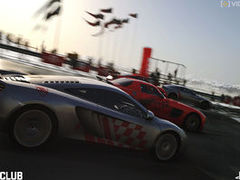 DriveClub is to receive a free content update on Tuesday, November 18 featuring Photo Mode, three new tracks and a range of tweaks based on player feedback, Evolution has announced.

New tracks included in the update are:

Evolution has also announced that November’s premium DLC will be released for free to all players by way of an apology for the ongoing server problems.