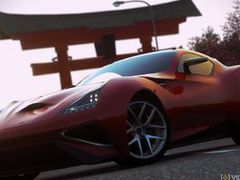 DriveClub team ‘hoping to stay together & do something awesome’

Evolution Studios’ senior community manager Jamie Brayshaw has said that the team is “hoping to stay together and do something awesome” following yesterday’s announcement that the studio is to close.

Speaking to fans on Twitter, Brayshaw said that him and the team were “taking a short break first to refresh & recharge and then we’ll be back”.

“We’re hoping to stay together and we’ve got some great options ahead of us, but I can’t say any more than that right now,” he added.

DriveClub’s game director Paul Rustchynsky may be on board, too, explaining that he had been “overwhelmed by your comments & support, it means everything to me & team. And don’t worry, the future is looking bright…”

Sony announced yesterday that Evolution Studios is to close after carrying out a review of its European studios. It added that it would try to reallocate staff onto other projects within the organisation “where possible”.

Prior to DriveClub, Evolution worked on the WRC rally franchise and created MotorStorm.