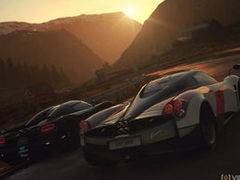 DriveClub making ‘spectacular progress’, release date update due ‘in the weeks to come’

The development of DriveClub continues to go “from strength to strength”, SCEE has told VideoGamer.com while responding to yesterday’s reports highlighting the recent changes at Evolution Studios.

“We have full confidence that the game will deliver on its PS4 promise to be the first truly socially connected racing title and we are very pleased and excited by the calibre of work from Evolution Studios.

“The progress being made on the game is spectacular,” Sony continued, “so we’re looking forward to sharing an update on development, release date and videos of the game in action in the weeks to come. We thank you for your patience and assure you, it will be worth the wait.”

SCEE also confirmed that “DRIVECLUB does have a Game Director at the helm who we will be revealing very soon.”

Yesterday, VideoGamer.com revealed that Sony would be leading a “focused restructure” within three of its studios – including Evolution Studios, Guerrilla Cambridge and SCE London Studio. It was later confirmed that DriveClub’s game director Col Rodgers had left the studio in February for personal reasons unconnected to the layoffs.

DriveClub is expected to launch later this year following its earlier delay from November 2013.