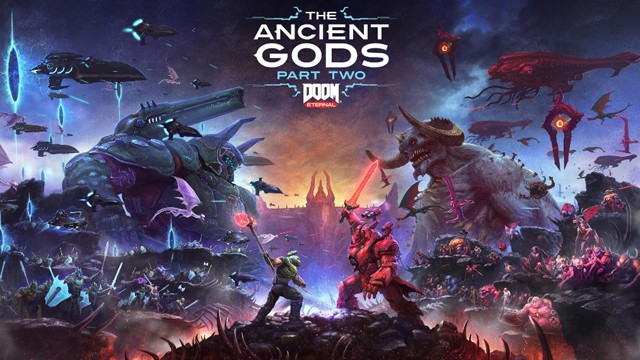 Bethesda has announced that Doom Eternal's second DLC entitled The Ancient Gods Part Two will get a full trailer this Wednesday.

Following on from, well, Part One obviously, the add-on will see you once more don the boots of the Doom Slayer as you go up against the Dark Lord who (minor spoiler alert) by the end of Part One managed to manfiest themselves as an evil copy of the Doom Slayer, setting the scene for an epic showdown between the forces of good and evil one more time.

There's no date for the the DLC just yet, but presumably that'll be coming along with the final trailer later in the week alongside, we'd hope, some more specific information on the contents and plot. Until then check the trailer for the trailer below.

Doom Eternal is available now on Xbox Series X|S, Xbox One, PlayStation 5, PlayStation 4, PC and Nintendo Switch and you can read our review of the game's main campaign over here.