Doom Eternal has triple the player count of Doom 2016 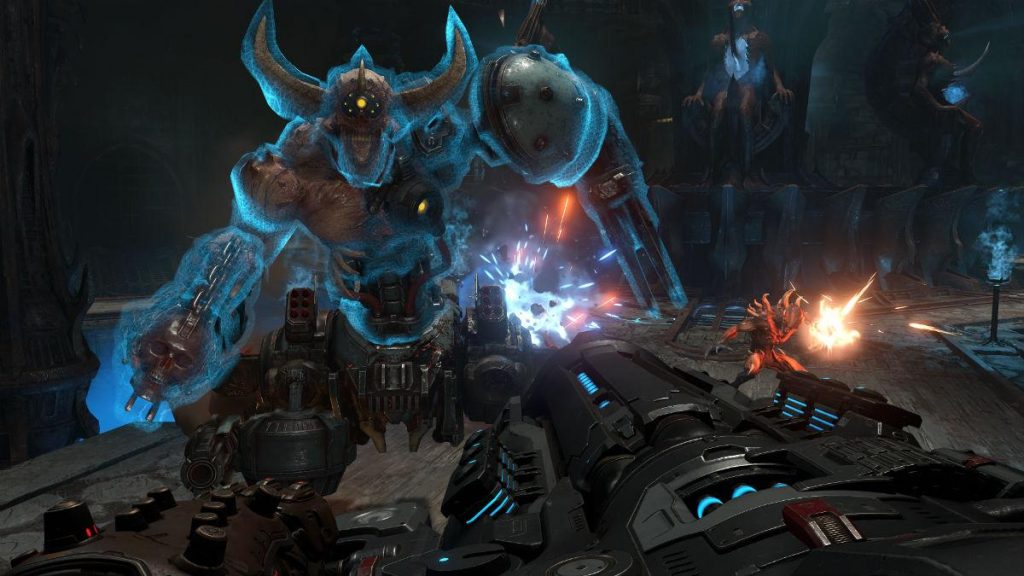 Doom Eternal is doing bits for Bethesda, because its peak player record has already trumped many of its biggest releases, like Doom 2016, Wolfenstein II: The New Colossus, and The Evil Within 2 (via GameSpot).

The data comes from industry analyst Benji-Sales. The claim asserts that Doom Eternal welcomed almost 105,000 PC players to Hell on Earth on launch day, which is triple the record of its predecessor, Doom 2016. Splendid. Then, when compared to a couple of Bethesda’s other successful games, it gets even more impressive. Doom Eternal has trounced Dishonored 2 (22,269 peak player record), Wolfenstein II: The New Colossus (16,050 peak player record), and The Evil Within 2 (9,846 peak player record). Right now, there are almost 26,000 Slayers in game, after a peak of 85,000 players earlier today, according to Steam’s own statistics.

In terms of physical sales, Doom Eternal is doing nicely. In the UK retail charts, it’s sitting in second place, after Animal Crossing: New Horizons. It’s a sign of the times, etc. Josh raved about his time with the game, and stressed that Doom Eternal rewards lavishly those who step in time with its tempo. “Indeed, it’s only when you stop playing, feeling somehow frazzled, energised, and jittery, that you realise the game has as much in common with the audiovisual arts as it does with a double-shot of espresso,” he said.

Doom Eternal is out now for Xbox One, PC, and PlayStation 4.