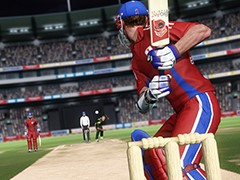 Don Bradman Cricket 14 will release on Xbox 360 and PlayStation 3 “towards the end of March” with a PC launch following two months later, developer Big Ant has announced.

The console release date is expected to coincide with the 2014 ICC World Twenty20 which gets underway on March 16. The PC version has been delayed, however, in order to be “reengineered to run on Steam”.

A release on Xbox One and PlayStation 4 is expected to follow this summer.

Don Bradman Cricket 14 is expected to be the first cricket game to release on console since International Cricket 2010 following the cancellation of last year’s Ashes Cricket 2013.

The game promises to include an extensive Career mode, dynamic weather and a “complete player physics system”.

Big Ant steps up to the crease with its sports simulation.

Big Ant steps up to the crease with its sports simulation.