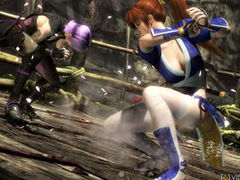 Releasing additional characters as downloadable content for fighting games makes the game “unfair”, Dead or Alive 5’s developer Team Ninja has told VideoGamer, referring to Capcom’s strategy of including additional ‘downloadable’ characters on-disc as not being “the right way to go”.

“We don’t feel that it’s right for fighting games,” Team Ninja boss Yosuke Hayashi told VideoGamer when asked for his opinion on on-disc DLC during E3.

“We feel like this is a kind of sport, and you don’t change the rules for sports. Everybody plays by the same rules. You don’t have a 14-player soccer game versus an 11-player soccer game. That’s just not fair.

“It’s a similar thing to if certain people have all these characters and others don’t. It makes it an unfair game, and we don’t think that’s the right way to go for fighting games.

“We have no plans to sell characters as downloadable content.”

As well as making the game unfair, Hayashi believes that releasing additional characters makes balancing the game even harder, something that’s “already very difficult to get right”.

“Balance is extremely important, and it’s also very hard to do,” he continued.

“Even with over 20 characters that’s still a real challenge. If we had 50, how much more time would need to balance the game? It gets that much harder to get it right, and it’s already very difficult to get right.”

Capcom has repeatedly come under fire from consumers for including characters on disc that are later unlocked via premium DLC. Last month, the firm said that it was “re-evaluating” its stance on on-disc DLC.

In the same interview Team Ninja also confirmed to VideoGamer that it is experimenting with next-gen ideas.