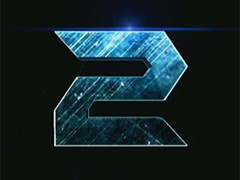 Did Sony tease Metal Gear Rising 2 over the weekend?

UPDATE: Kojima Productions has further denied the rumour, stating that it “did not tease a new game at the Taipei Game Show”.

“The trailer screencap in question is from SCE and not affiliated with Kojima Productions or Metal Gear,” the developer said.

ORIGINAL STORY: Is a sequel to Metal Gear Rising in development? Kojima Productions suggests not but, if that’s the case, why did an apparent teaser for the game appear in a Sony-created trailer this weekend?

As spotted by DualShockers, a number ‘2’ appearing to use the Metal Gear Rising: Revengeance font briefly appeared in an official Sony trailer broadcast during the Taipei Game Show on Saturday, prompting speculation that a sequel could be in development for PS4.

However, Kojima Productions’ senior producer Ken-ichiro Imaizumi later claimed not to know anything about the game, denying that he knew what the number was referring to when asked on Twitter.

The countdown is spoken by one of the characters from upcoming PS4-exclusive The Order: 1886. But if it is just a countdown graphic, why did Sony choose to use the Metal Gear Rising font or highlight the number 2? Graphics do not appear for any other number.

A Konami representative declined to comment on the rumour when contacted by VideoGamer.com this morning.

Do you think this is a teaser for Metal Gear Rising 2? Head to 2:46:40 in the video below to take a look yourself.