Diablo 4 shows off three of its iconic character classes 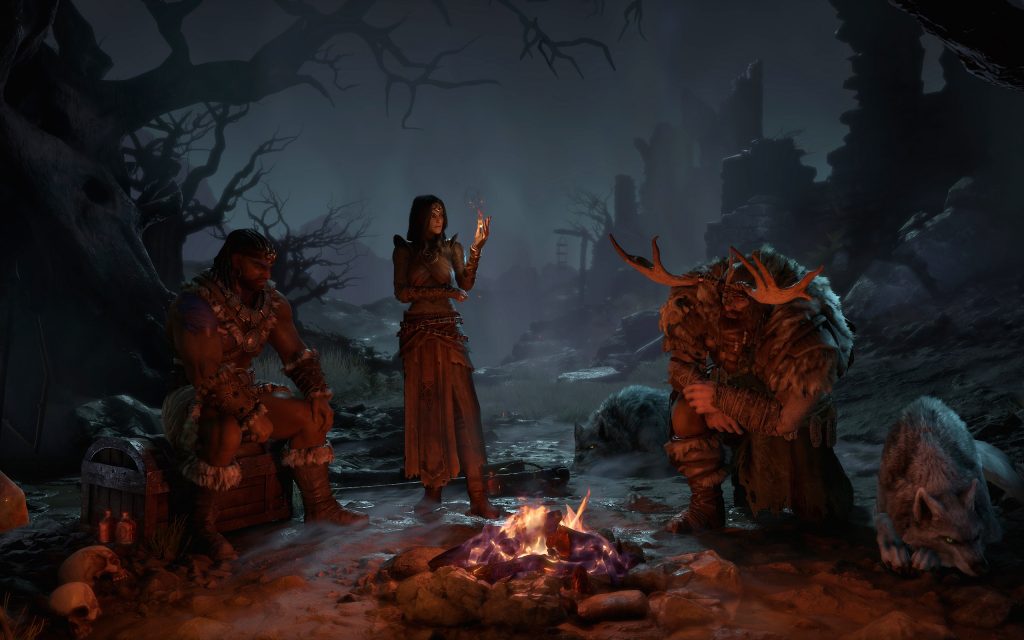 Updated on November 4, 2019 by Imogen Donovan

Blizzard revealed three of the character classes included in the upcoming Diablo 4, a new installment that assures a return to the gritty and grim origins of the series (via Forbes).

Diablo 4 was unveiled at BlizzCon, though we had more than an inkling that an announcement for the Diablo series would be set for the convention. The extended cinematic trailer was nasty, really nasty, and showed off Blizzard’s dark and blood-spattered intentions for the new game. The brighter and softer art style of Diablo 3 has been left behind in favour of a realistic vision that delves into the very essence of the hack and slash genre.

‘We’re excited to be returning to the dark, quintessential Diablo gameplay that players love while expanding the world and story in new ways, and we can’t wait for more people to be able to experience it,’ Blizzard president J. Allen Brack said. The first three of the character classes revealed to be coming to Diablo 4 are the Barbarian, the Sorceress, and the Druid.

First and foremost, the Barbarian clashes onto the scene with a new and flexible combat system. This mechanic is titled ‘Arsenal’, and lets the player wield and swap between four different weapons at a time by binding them to powerful individual attacks. The Sorceress is a familiar face from Diablo 2, and utilises elemental attacks to turn the tides in battle. And, the Druid now possesses an updated playstyle which triggers transformations from werewolf, werebear, and human. This seamless upgrade will make this class a force unto themselves and leave enemies quaking in their boots.

Players will fight their way through procedurally generated dungeons, observed from an isometric perspective, to reach the villainous Lilith. Of course, these are not the only classes in Diablo 4, so watch this space if you want to hear more about the upcoming dungeon crawler and demon slayer game.

Diablo 4 is in development and will arrive on PC, PlayStation 4, and Xbox One. Watch the gameplay trailer below.