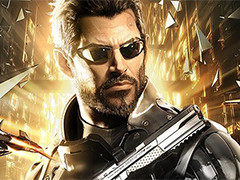 Deus Ex: Mankind Divided is this week’s No.1, but Human Revolution had ‘much stronger’ opening week

Deus Ex: Mankind Divided has leapt straight to the top of the UK All Format charts, but failed to sell as many units during its opening week as its predecessor Deus Ex: Human Revolution.

As reported by GFK Chart-Track, Human Revolution “had a much stronger week 1” than Mankind Divided, “but launched in to a market with close to double the current installed base of the equivalent consoles (PS3/360 vs PS4/Xbox One)”. Exact sales figures have yet to be announced by Square Enix.

Meanwhile, last week’s other new releases Madden NFL 17, Assetto Corsa and A.O.T. Wings of Freedom debuted at No.5, No.8 and No.10 respectively, with the physical version of Worms WMD coming in at No.39.

Quantum Break also saw a major re-entry at No.16 thanks to Xbox One bundle sales, as did Halo 5: Guardians at No.33.

The latest World of Warcraft expansion ‘Legion’ releases today, and while it may perform reasonably well in next week’s charts, most sales are likely expected to be digital. God Eater 2 Rage Burst may also manage a top 10 debut, but with the summer holidays coming to an end, overall game sales could be down week-on-week.