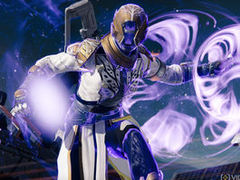 Destiny 2 was originally planned to release this month

Destiny 2 had originally been scheduled to release later this month, according to documents posted online following the legal battle between Marty O’Donnell and Bungie.

As reported yesterday, the documents reveal that the original Destiny (referred to in the lawsuit as Project Tiger) had been due to launch on September 24, 2013, before being delayed by a full year after significant changes were made to the game’s story.

‘Comet 4’, meanwhile, which the document cites as being “the largest downloadable content product” for the fourth game, had been scheduled for September 30, 2020.

The dates are cited in a contract between Marty O’Donnell and Bungie dated December 31, 2010.

With Destiny having since been pushed back by a year, however, expect the game’s sequels to follow one year later than originally planned, too.

Activision has yet to formally reveal a sequel to Destiny, but did announce last year that it had already started work on the “next full game release”.