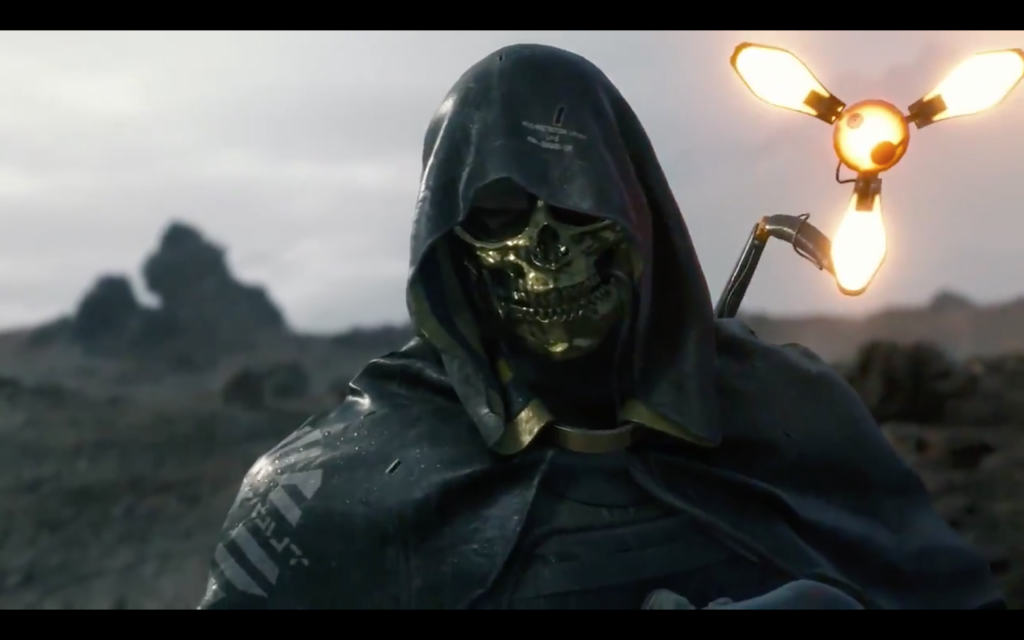 Updated on September 24, 2018 by Mike Harradence

Kojima Productions has debuted a new Death Stranding trailer at the Tokyo Game Show, offering us our first glimpse at the Troy Baker-voiced baddie, The Man in the Golden Mask. He looks pretty cool, too.

According to the trailer, the Man in the Golden Mask has the ability to control the mysterious, black goo that's been shown in many of the Death Stranding trailers to date. Here, he takes off his mask (his face is still concealed underneath) and shoves it into said goo, creating a massive creature in the process.

'All you gotta do to make it out alive is not get eaten,' says Baker's character. Presumably that's easier said than done, and likely kicks off a boss battle.

Death Stranding is in development exclusively for PlayStation 4 and has yet to attract a release date.

To be honest, we really don't have a clue what the game is all about still, although creator Hideo Kojima has said that Death Stranding's overall goal is to 'reconnect the world.' Whatever that means.