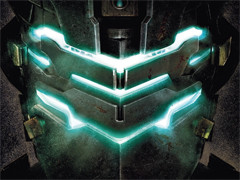 UPDATE: EA has responded with the following official statement:

“While we have not announced sales for Dead Space 3, we are proud of the game and the franchise remains an important IP to EA.”

Speaking on condition of anonymity, a source familiar with the unannounced project told VideoGamer.com that Dead Space 4 had been in pre-production at Visceral Games, with a small team at Visceral Montreal allegedly tasked with developing prototypes and mock-ups for the title, and collaborating on ideas for the game’s narrative.

However, the project was cancelled after Dead Space 3 failed to meet its sales targets, our source claims, telling us that EA executives visited Visceral Montreal last month to inform staff that the project had been terminated and announce details of the company’s restructuring.

Visceral Montreal is rumoured to have closed following the restructuring.

Though EA had yet to announce Dead Space 4, Dead Space 3’s cliffhanger ending suggested that a fourth game had been planned by the publisher.

As well as discussing Dead Space 4’s alleged cancellation, our source also gave us further insight into Dead Space 3’s development, telling us that the game was almost cancelled partway through its development, and saw continuous cuts made to its budget throughout production.

Weapon-specific ammo was allegedly switched for generic ammo late in development, too, as a method for shoehorning in the game’s controversial micro-transactions.

EA also advised Visceral that Dead Space 3 needed to appeal to a wider audience than the series’ previous two titles, our source added, and the studio was reportedly told to focus on action over horror in an effort to make the game feel more like BioWare’s Mass Effect.

Our source’s comments tally with those made previously by EA.

Last year, EA Labels president Frank Gibeau suggested that Dead Space 3 would need to sell around five million copies in order for the series to survive.

“In general we’re thinking about how we make this a more broadly appealing franchise,” Gibeau told CVG, “because ultimately you need to get to audience sizes of around five million to really continue to invest in an IP like Dead Space.

“Anything less than that and it becomes quite difficult financially given how expensive it is to make games and market them.”

Though sales figures for the game have yet to be officially released, the game’s first week sales in the UK were down 26.6 per cent on the game’s predecessor Dead Space 2.

In the weeks following its release, Dead Space 3 has gradually slipped further down the charts. The game currently sits at no.8, placing behind last year’s Need For Speed: Most Wanted, Far Cry 3 and Call of Duty: Black Ops 2.

EA announced plans to restructure its Los Angeles and Montreal studios in February, stating that though “many employees are being retrained for new positions… a small number will be released”.

A former Visceral Montreal employee claims to have told Game Informer that “the entire studio has been laid off”.

EA told VideoGamer.com that it does not comment on rumour or speculation when contacted about Dead Space 4’s alleged cancellation.