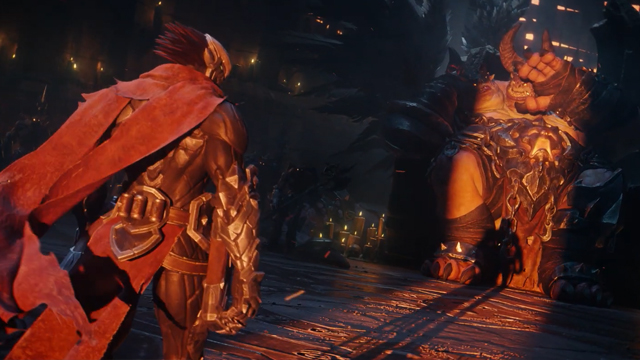 Darksiders Genesis is a top down RPG coming to consoles, PC and Google Stadia

As was leaked last week, a new Darksiders game has been announced by THQ Nordic, and we now know it's entitled Darksiders Genesis.

The spin-off will take the series from it's usual third person action adventure genre into a top-down action RPG similar to Diablo. You'll play as new horseman Strife, tasked with saving humanity from destruction by Lucifer.

Development is being headed up by Airship Syndicate, who funnily enough were founded by staffers who were originally part of Vigil Games who made the first two Darksiders games – for the record, Darksiders 3 was developed by Gunfire Games who were made up of the other half of Vigil's former staff.

Aside from that, there's not much more known including any kind of date – presumably more details are set to be revealed at E3 – except for the fact that the game will be on Xbox One, PlayStation 4, PC, Nintendo Switch and is one of the first games to be announced for Google's new Stadia platform, of which we're expecting a full presentation to announce launch details and first games later today.

Here's the trailer, courtesy of IGN: