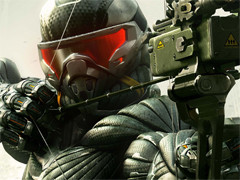 Crytek has secured a “huge” licensing deal with an undisclosed company, the firm has revealed, saving it from the financial crisis it reportedly faced last year.

While the terms of the deal have yet to be announced, Crytek co-founder Faruk Yerli describes the license as a “huge one, probably the biggest one”.

“I can’t say anything more in detail,” he told Develop, “but hopefully we’ll be able to announce it with the partner soon.”

“A lot of people are under the impression we had to find a new investor or something,” added head of PR Jens Schaefer, “but that wasn’t the case. We made a licensing deal.”

The firm currently has two announced titles in the works, including Arena of Fate and Hunt: Horrors of the Gilded Age.