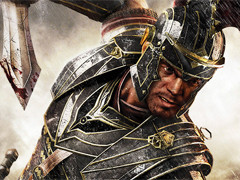 Crytek has said that it is “open” to the idea of porting Ryse: Son of Rome to PlayStation 4.

Discussing the possibility of bringing the former-Xbox One exclusive over to Sony’s console in the future, senior producer Brian Chambers told Worlds Factory that the developer is “always open to new opportunities for our franchises, although for the moment we have our focus firmly on bringing Ryse to PC players, as well as the ongoing development of our other IPs: Warface, Arena of Fate and Hunt: Horrors of the Gilded Age.”

Despite initially being published by Microsoft, however, it’s Crytek who owns the rights to the IP – one of the factors that is believed to have led to the alleged cancellation of Ryse 2.

Crytek has yet to announce any future plans for the series.