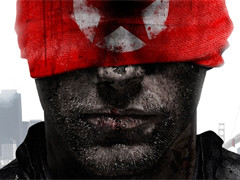 Crytek UK is “making great progress” on Homefront 2, the studio has said, adding that it hopes to “reinvent” the franchise with the upcoming shooter.

Speaking in the latest issue of Develop, Crytek general manager Nick Button-Brown revealed that “the team in Nottingham – Crytek UK – is making great progress on our reinvention of Homefront,” and that the developer has “a number of projects we haven’t talked about yet.”

Crytek UK, which previously developed the multiplayer modes for Crysis 2 and 3, started development on a sequel to Homefront shortly after Kaos Studios’ closure back in 2011.

But after THQ’s collapse, Crytek acquired the rights to the IP and is thought to have delayed the release to ensure the game can live up to “the potential of the IP”.

Platforms and a release date for the game have yet to be announced.

Though it isn’t clear how much Crytek’s “reinvention” will affect the title, Homefront 2 is expected to follow on from the events of the first game which saw a group of freedom fighters at war against the Korean People’s Army occupying North America.