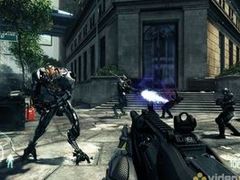 That’s according to Crytek boss Cevat Yerli, who described his studio’s 3D technology as “magic” in an interview with VideoGamer.com for a special feature on 3D gaming.

At E3 last week, 3D gaming emerged as one of the most exciting new trends in the industry.

During Sony’s press conference, attendees were wowed by Guerrilla Games’ Killzone 3, which was played live in 3D.

It was a similar case at EA’s press conference, where Crysis 2 was played in 3D.

Unlike Killzone 3, Crysis 2 uses a “concave 3D” effect, simulating the HUD inside the television so that objects do not appear to come out of the screen.

When asked if the PS3 version of Crysis 2, which will also be playable in 3D on the Xbox 360 and PC, will offer the best 3D Crysis 2 experience, Yerli told VideoGamer.com: “No, absolutely not.

“In fact, I have heard numerous people say – and I have seen myself – that we have a better 3D experience than other games right now on the show floor. I don’t want to mention any names.”

But when we asked if Crysis 2 offered a better 3D experience than Killzone 3, Yerli said: “I think it’s a more pleasing experience. People say it’s much more pleasing, much easier on the eye, and it has more depth.”

Yerli added that he was refused entry to see Killzone 3 at E310.

“I haven’t seen Killzone, to be honest. I wish I would see it, but they won’t let me see it!”

There’s more from the outspoken Yerli, as well as a host of other developers, over at our special 3D Gaming feature.