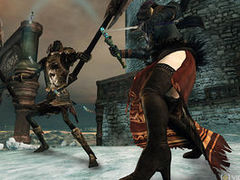 Confused by Dark Souls 2 & The Scholar of the First Sin versions? Check out this useful table

Dark Souls 2: The Scholar of the First Sin launches on PS4, Xbox One, PC, PS3 and Xbox 360 on April 3, but some of the featured content will be free to existing users.

However, what you get for free and what you need to pay for isn’t exactly clear. Thankfully Bandai Namco Games has released a handy comparison table which should explain everything.

A complete list of changes coming in the free update to Dark Souls 2 on February 5 can be found here.