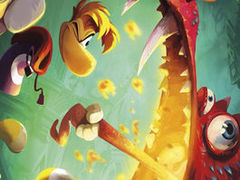 Wii U platformer Rayman Legends has been delayed until Q1 2013, Ubisoft has confirmed.

“Rayman Legends will launch worldwide in the first quarter of 2013,” Ubisoft said in a statement to VideoGamer.com.

“We’re happy that fans are excited about the game, and we are taking the time to make sure we deliver a game that lives up to and hopefully exceeds their expectations. We’ll have more details to share soon.”

Prior to the delay, Rayman Legends had been due to release on Wii U alongside the console on November 30.

Ubisoft’s other major Wii U titles – ZombiU, Assassin’s Creed III and Just Dance 4 – are still on track for the console’s launch, the publisher added.