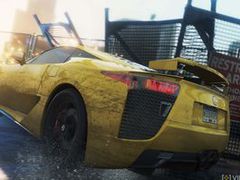 UPDATE: EA Gothenburg’s website has confirmed that the studio is developing a game “in the Need For Speed franchise”.

EA has yet to officially announce Gothenburg’s involvement in the Need For Speed franchise.

ORIGINAL STORY: Further evidence has appeared to suggest that new EA studio EA Gothenburg is developing a title in the Need For Speed franchise.

According to a job description for a Senior Vehicle Artist at the studio, the creation of vehicle-related assets functions as “a key role in the making of [Gothenburg’s] game”.

“As the vehicle is almost always located in the center of player’s view, it’s imperative that the vehicle looks sensational at all times,” reads the job ad.

“This roles requires the artist to have a passion for cars to have strong artistic ability and technical knowledge to help further the overall quality of the vehicles in-game.”

EA has yet to officially announce EA Gothenburg’s project.

However, back in August, VideoGamer.com revealed that the online CV of one of the studio’s employees said that he was “working on the best racing franchise ever – Need for Speed”.

According to the CVs of other employees, much of the studio’s staff have worked previously on major racing titles, including Forza Horizon, Need For Speed: The Run and Project Gotham Racing.

Criterion’s vice-president Alex Ward is also working with the studio on the project.