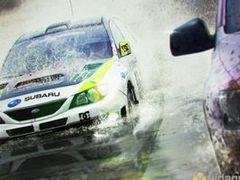 DiRT 4 will head back to the roots of the Colin McRae series with a greater focus on rally events, according to comments made by the series chief game designer Paul Coleman.

Coleman teased the first details of the unannounced DiRT game on Twitter, telling a fan that the game “can and it will” be more rally oriented, with the possibility of featuring longer point-to-point courses.

Coleman’s comments also seem to suggest that the game could be headed to PS4, telling another fan that while he isn’t “in a position to promise” that the next DiRT game will support Logitech wheels on PS4, it “shouldn’t be a problem”.

The game is rumoured to be in development for current and next-gen consoles, and presumably PC.

Codemasters has yet to formally announce the next DiRT title, although some of the publisher’s recent comments suggest an announcement could be fairly imminent.

Over the Christmas break, Codemasters told DiRT fans that it had “a feeling you’ll all quite like 2014,” and suggested that it had multiple rally titles due for release this year.

Series moves exclusively to the next-gen.

Series moves exclusively to the next-gen.