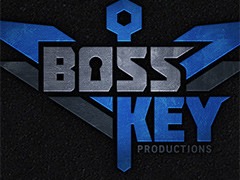 UPDATE: According to a Polygon report, Bleszinski has co-founded Boss Key Productions with former Guerrilla Games co-founder Arjan Brussee. The pair had previously worked together on the Jazz Jackrabbit series.

Tweets from Brussee over the weekend also appear to verify Polygon’s comments. On Saturday, he retweeted a Boss Key tweet that stated: “*Sooner than we expected. Welcome, new followers. News soon!”. He also thanked users congratulating him for his role in the studio.

An official reveal is expected tomorrow.

While the new studio has yet to be formally announced by Bleszinski himself, the studio’s alleged website links to his Twitter account and features the same logo worn on a T-shirt by the designer earlier in the week.

All Games Beta also appears to have uncovered information about the company’s registration, which has allegedly been active under Bleszinski’s name since April 30.