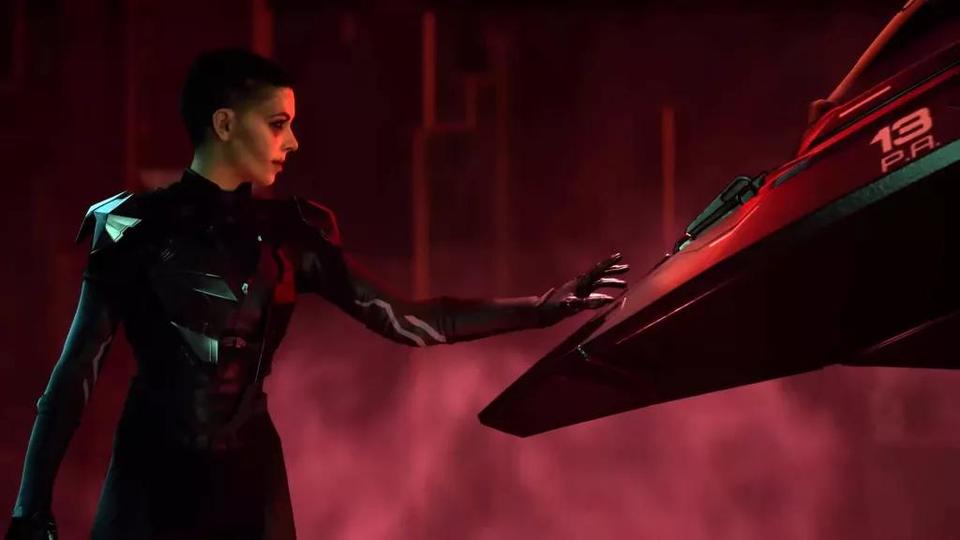 Chorus, a colourful space combat shooter from Deep Silver Fishlabs, will arrive for Xbox Series X and Xbox One in 2021.

“We live in an age of unprecedented peace,” intones a sinister narrator, while dynamic space dogfights play out among the stars. “We have prevailed… thanks to her. Let her ascension serve as proof of our righteousness. It is in her honour that we strive for Chorus.” In the game, players will play as both Nara and Forsaken. Nara is the human protagonist, who abandoned the cult of the Circle and intends to free the galaxy of its oppressive leader, the Great Prophet. Forsaken is a sentient AIâ€¯spaceship, who accompanies Nara as her closest ally.

The Circle will hunt the duo down to defend their iron rule, and Deep Silver Fishlabs wants to “evolve the spirit of classic space flight shooters” with the technical possibilities of the Xbox Series X. “Enter a dark new universe, teeming with mystery and rife with conflict,” said Tobias Severin, studio development director at Deep Silver Fishlabs. “Explore epic locations including sprawling space stations and strange planes of existence beyond our own. Engage in exhilarating Zero-G dogfights from epic cosmic vistas to tight crystalline corridors. Chorus balances the scale and spectacle of space exploration with frenetic, fast-paced action.”

Chorus will launch for Xbox One and Xbox Series X in 2021, and is eligible for a Smart Delivery upgrade. Watch the trailer below.