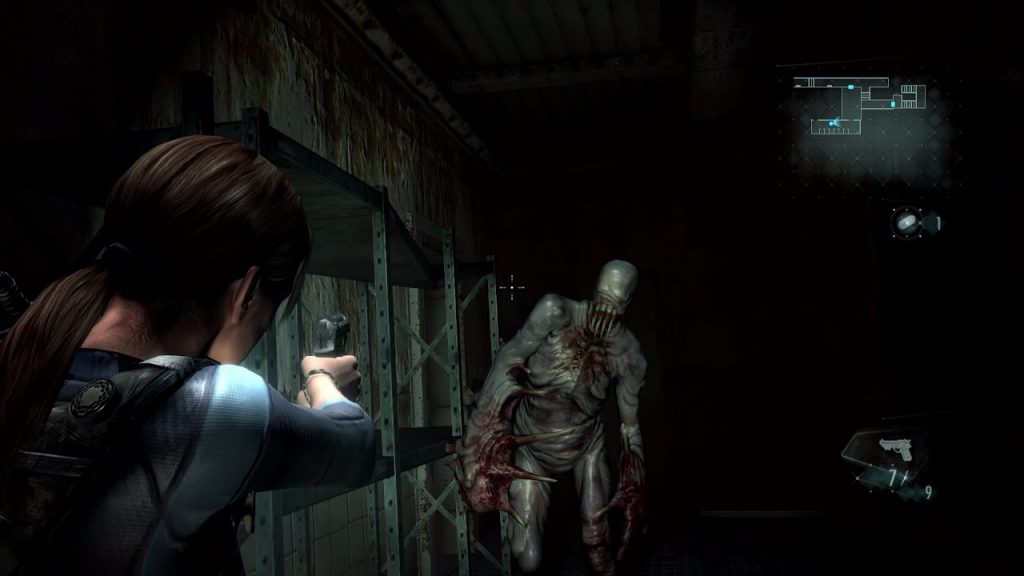 Capcom has released two new trailers for Resident Evil: Revelations and Resident Evil: Revelations 2 on the Switch. The two games will be coming to the Nintendo console on November 28. For fans of the horror series, they both look like they’re going to be pretty good ports of the well regarded spin-off games. If you’re playing while out and about, make sure you wear headphones.

It’s only a couple of months until players will be able to take control of Jill Valentine once more, and witness the horrors presented throughout Resident Evil: Revelations. The game begins with Jill boarding the mysterious ship Queen Zenobia in the Mediterranean Sea, while on a mission to find Chris Redfield. Naturally, things go completely to pot, and the player is guaranteed to come out of the experience convinced never to board a ship again.

Revelations 2 was the first episodic Resident Evil game, and sees players taking the reigns of Claire Redfield. Who wakes up in a prison after being taken hostage along with Moira Burton, daughter of combat specialist and series mainstay Barry Burton. For those who really hate their (playing) partner, you’ll be able to co-op play Revelations 2. The second player will take control of Natalia the orphan who’s, armed with a brick. Yes, a flipping brick. One that you can’t even climb up a ladder with. Other than that gripe, it’s actually quite a fun cooperative horror game.

The Nintendo Switch versions of the two games come with a few hardware specific additions. HD Rumble will be implemented, as well as a number of Joy-Con specific control schemes. The Raid mode for Revelations will be ported across, and the game will also receive online and local cooperative multiplayer on Revelations 2.

Resident Evil: Revelations and Resident Evil Revelations 2 will be released in Europe for the Nintendo Switch on November 28. This follows previous releases of the games for PS4, Xbox One and PC.