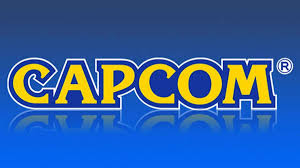 Apparently, Capcom is working on a new “larger remake project” in collaboration with M-Two, a studio started by former Platinum Games developers (via Gematsu).

Last year, Capcom announced that its net sales statistics have increased year-on-year since 2015, with a massive 5.8 per cent increase from 2018 to 2019. Approximately $921 million in profits was made in 2019, and Devil May Cry 5 and Resident Evil 2 were big winners in this category. Resultantly, the company expressed interest in continuing to “awaken dormant intellectual properties.” With returns like these, it would be wacky not to, really.

The Resident Evil 3 Remake was revealed in December of last year, and will release on April 3. The game was developed with the help of M-Two, a studio composed of former Platinum Games developers like Tatsuya Minami, Kiyohiko Sakata, and Tsutomu Teranishi. This new report claims that Capcom and M-Two are rustling up another remake, and the latter would be taking a central role in its development.

Well, I never. The news that new remakes are on their way is unsurprising, but we are able to speculate just what these offerings will be. Darkstalkers, Dino Crisis, and Power Stone are titles that haven’t seen a revival on this generation of consoles… yet. Though “there is nothing Darkstalkers on the immediate horizon,” the success of other remakes may have tempted Capcom to make a new installment. The last game came out in 1998, so there’s a lot of potential here.

A Dino Crisis remake is dependent on demand, but now that Capcom is enlisting external developers, it may be possible to revisit the successful survival horror. And, Power Stone’s creator would leap at the opportunity to bring the 3D arena fighting game back, adding that it would be a “particularly great fit for the Nintendo Switch.”

We aren’t able to say for sure what Capcom and M-Two are up to, if they’re up to anything at all. We’ll keep you in the loop once we know more.