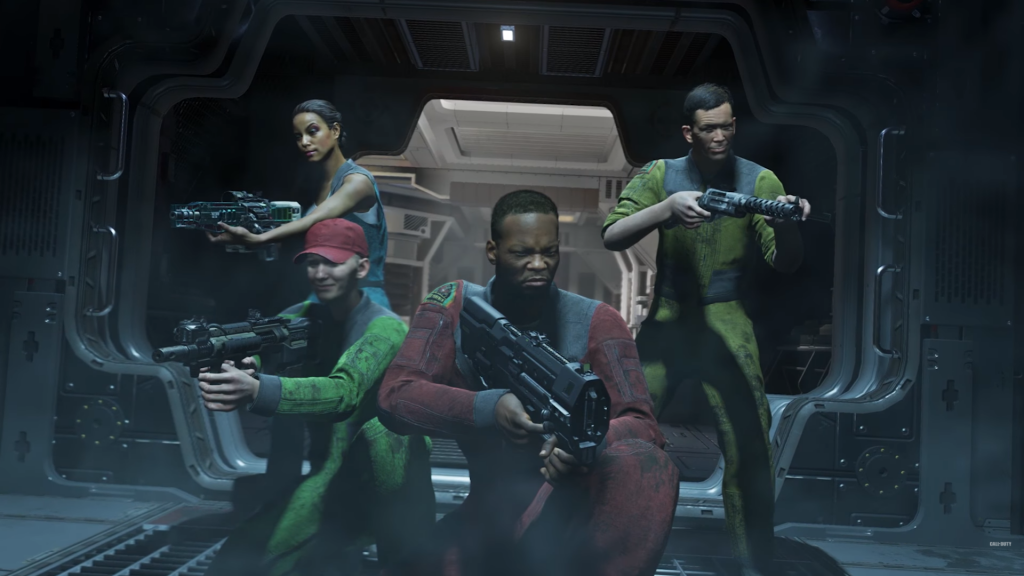 Activision has announced that Call of Duty: Infinite Warfare will receive its fourth and last DLC add-on next month for Xbox One and PC, following on from its release on the PlayStation 4 next week. The add-on is called Retribution and comes with the regular selection of four multiplayer maps and a new chapter in the Zombies saga. It looks dead good as well.

The Zombies chapter is called The Beast from Beyond and sees players continuing the fight as one of the four survivors, fighting their way through waves of the undead and Cryptids on-board a dilapidated spaceship. This is the culmination of a series of adventures that’s seen the survivors battling through Zombies in Spaceland, the Rave in the Redwoods, Shaolin Shuffle and fought off a contaminated monster in Attack of the Radioactive Thing.

Call of Duty: Infinite Warfare’s Retribution DLC will be available to purchase and download from September 12 on PS4. It will release in October on Xbox One and PC.